My name is Navy Joe, though I'm known in some circles of the internet as "Cube". I like to draw comics and write stories.

My goal is to make stuff people enjoy reading. Right now, I'm working on an old-fashioned megaman sprite comic called "Quint's Quest" centered around the future version of Mega Man, Quint - thrown into the present through Dr. Wily's Machinations and his struggle to get back home! The comic is currently on hiatus, though, when it's not I update on Mondays and Fridays.

In between updates, I also like to draw stuff (on paper until I get a tablet) to hone my skills, but also to have fun and draw stuff I like. I draw mostly Mega Man fanart and pictures of my story's characters - Erika, my atom-powered android maid being the most prominent - but I've got pretty eclectic taste, so you can expect almost anything.

I also write stories, though, right now I don't have anything that I'd want to share on the internet - that is subject to change in the future.

Anyways, welcome to my webpage and I hope you like what you see! Contact me if you've got any questions or if something on the website's broken...

6/10/21 - Complete site makeover! Everything is brand-new, and a full archive of every Quint's Quest strip from #1 to #320 with fillers, teasers, holday specials and everything else!... 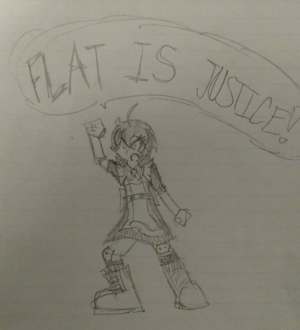